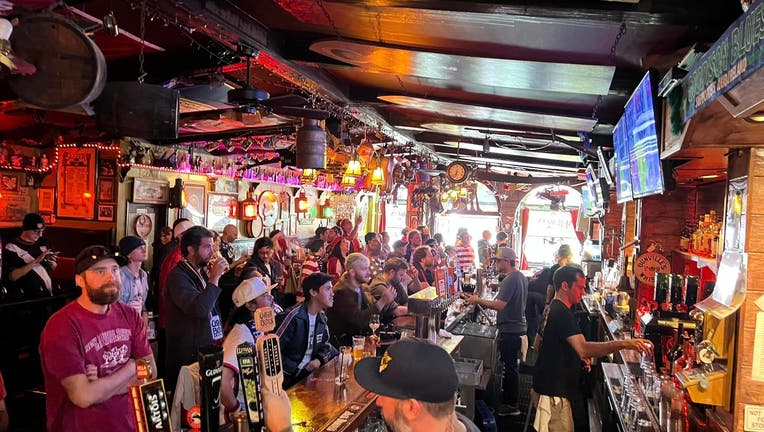 Fans gather at McTeague’s in San Francisco on November 21, 2022 to cheer on Team USA.

With the World Cup underway, fans are hoping for a strong showing from Team USA. The games will be played on the other side of the world and many time zones away in Qatar. The games are broadcast very early in the morning in the Bay Area. But bars across the bay say they will be open and their TVs will be on so fans can cheer for Team USA.

Here are some of the best places to watch the Bay Area games:

Mad Dog in the Fog – This soccer-loving English pub is a San Francisco institution. After a brief closure during the pandemic, the popular football bar is back. The pub certainly shows the most World Cup games and has a remarkable selection of beers.

McTeague’s Saloon — This bar combines old-world charm with a cozy local vibe. Located on Polk Street in Lower Nob Hill, it is the ideal location for all World Cup games. They will adjust their hours based on the World Cup schedule. 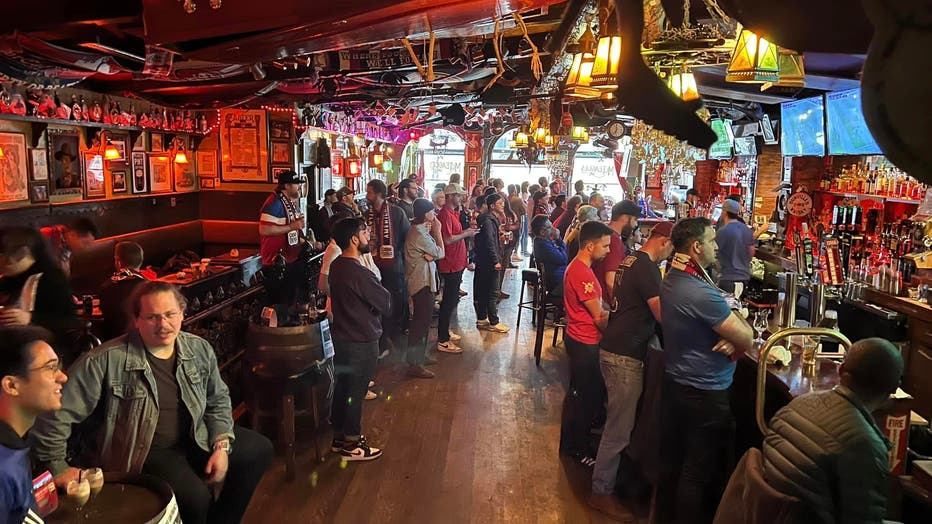 Kezar Pub — The Cole Valley Bar and Restaurant has TVs galore. Kezar Pub is closed on Mondays and Sundays but shows World Cup matches when they coincide with operating hours.

The Dubliner – Located in Noe Valley, The Dubliner is a regular feature on lists of the best Irish bars in San Francisco. It’s been around for almost 30 years. Word on the street is that bar management doesn’t mind if patrons bring pizza from Paxti’s just down the street.

AC Oakland – This bar claims to be the home of the World Cup in Oakland. The bar is decorated with flags of different countries. The bar said on its Instagram account that many fans had called ahead to reserve tables. They have also adjusted their opening times to match the World Cup seasons.

Ben N’ Nick’s — This Oakland bar is a World Cup hotspot. The bar is open for all games from 4:45am, however alcohol is not served until 6am. It’s closed on Thanksgiving. 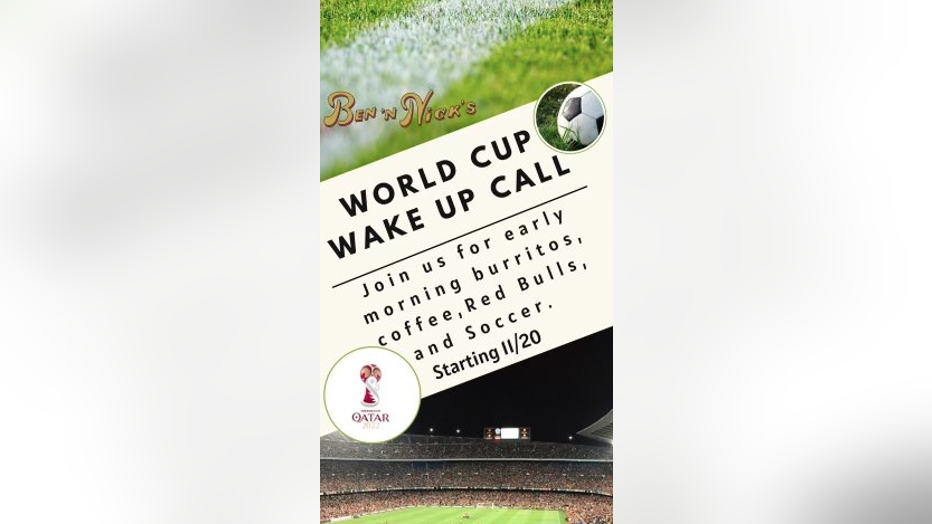 El Patio – Located in the West Berkeley neighborhood, this bar and restaurant is the Berkeley epicenter of World Cup fandom. They specialize in a mix of Mexican and Venezuelan dishes and have plenty of drinks to go. El Patio has TVs inside, a VIP room upstairs that can be rented and a bus with TV that is parked in front of the restaurant for the best viewing of the games.

Four Bells — This bar is a Berkeley favorite for all sporting events. On their Instagram, Four Bells says they will open extra early (with a full brunch menu!) for all World Cup games at 7am and 8am.

How to watch the World Cup in the Bay Area

Jack’s Bar & Lounge — This San Jose Japantown hangout will open early for weekend soccer fans. They have plenty of TVs and take reservations to ensure fans get a seat to cheer on their team.

Britannia Arms – This bar has been a Cupertino staple since the 80’s. The British pub was opened in 1981 by an English expatriate and has been family owned and operated ever since. With lots of TVs, pool tables and drinks, the Brittania Arms is a popular destination for the World Cup.

Duke of Edinburgh – Stepping into this bar feels like you’ve just been transported across the pond. The Duke of Edinburgh will open early from 10am to give World Cup fans in the South Bay a place to enjoy the games.